Where else can you find mighty waterfalls, snow-capped peaks, bright blue lakes and insane beach sunsets all within a couple of hours' drive? New Zealand takes travel photos to the next level, big time. Whether you're a professional, an Instagram influencer or just love taking epic phone shots, you'll absolutely fall in love with arguably the most photogenic country on the planet.

We're kicking off this list with a strong contender for the best photo spot in the country, the famous Lake Tekapo in the South Island. Boasting a turquoise blue lake bordered by rocky mountains, this place is equally as stunning at night too -- in fact, it's one of the best star-gazing spots we're ever seen, just don't forget a tripod for astrophotography. In summer you can treat yourself with a refreshing dip in the water, spring gives you natural photo props in the form of bright purple lupin flowers, and in winter you'll be amazed at the snowy alps in the background. Don't miss the Tekapo Springs, natural hot pools perfect for a quick soak after a long drive. 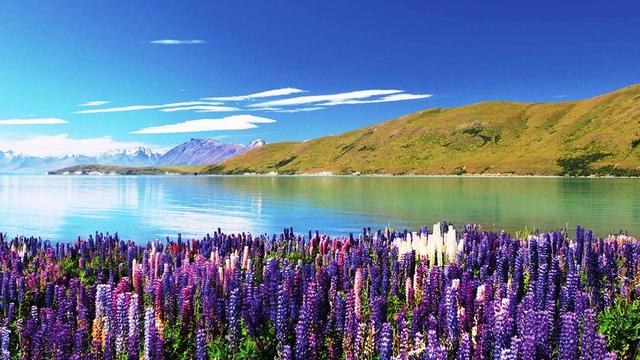 If your kind of holiday is to get away from all civilisation and dive straight into nature, the Milford Sound is probably your paradise. It's a great spot for outdoorsy types - you can kayak, dive, fish and hike (depending on the season) – or opt for a relaxing cruise throughout the fiord with no sounds except for the local birds and rushing waterfalls. In summer the walking trails are an absolute must for anyone with a penchant for trekking, but the trails are moderate to difficult-level so make sure you're prepared. If you're prepared to splurge for a mind-blowing photo opp, you can't go past a heli or plane tour. 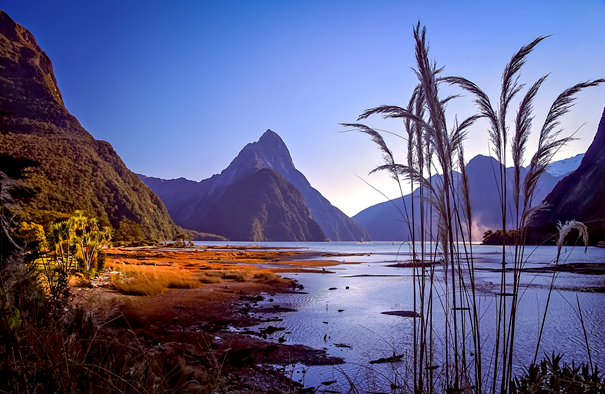 Let's be real here - it's obvious any fan would LOVE to visit Hobbiton, but even if you haven't seen the movies it's still worth a visit! Yes, it's touristy and yes, it's expensive, but it's pretty amazing to wander through the Shire and stand where Frodo and Gandalf once filmed the movies that put New Zealand on the world map. A photo in front of the little round doors to the hobbit houses are guaranteed to get you likes.

From golden beaches laced with surfers to 'Gram-friendly ice creams from Copenhagen Cones, Mount Maunganui is a fantastic photo stop on any summer roadie. If you're keen for a bit of a work out then don't miss the climb up the Mount – it'll take you about 30 minutes to get up, but you'll be rewarded with the most incredible panoramic views. I'd suggest going for sunrise to avoid the heat and the crowds, and you'll get the insane fiery colours as an added bonus. 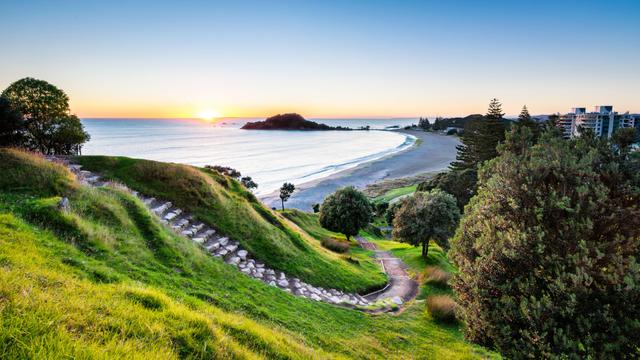 Fact: anything with the word 'donut' in it is great in our books, and this tiny island off the Coromandel Peninsula town of Whangamata is no exception. Also known as Whenuakura, it's a wildlife sanctuary only accessible by paddle board or kayak so you'll need a GoPro, waterproof phone or a camera in waterproof housing. Think bright turquoise water, no sounds except for birds and the ocean, and thick native greenery. It's a long round trip so you'll need a reasonable level of fitness, and it's best to go with a local guide who's knowledgeable about the route and ocean conditions.

A backpacking traveller sandwiched between two jagged ice walls is an iconic Kiwi photo, and chances are almost everyone was shot at Franz Josef. The bright white glacier runs from the peaks of the Southern Alps to the native rainforest down below, and is easily accessible with a guided tour from the nearby Franz Josef town. This is a serious outdoor activity so not one for your usual selfie, we'd suggest taking a GoPro or a lightweight mirrorless camera to get the best shots. 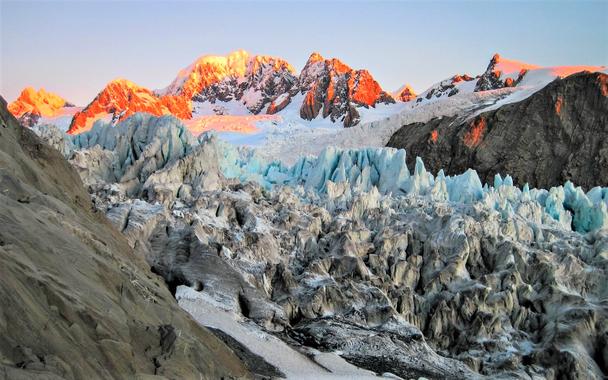 The golden standard of mountain photography, Roys Peak near Wanaka has become a true Instagram favourite. You'll need proper hiking gear, a high level of fitness and good weather for this one, but it is hands-down one of the most photogenic spots in the country, if not the world. Don't even think about doing this in a flowy dress or full face of makeup, if you're desperate for that type of shot you'll need to take all the gear with you to change once you reach the top. But what about those wedding photos you've seen? Yeah, they probably heli'd up there, and you probably can't afford that.

City-slickers, this one's for you. Auckland City's highest point, Mount Eden Summit, is only 196m high, and you can choose a slow walk following the old road (about 45 minutes) or a quick hike straight up (10 mins from road to peak if you're fit). Up top you'll get panoramic views of the city, from the Sky Tower and its surrounding high-rises all the way out to Rangitoto Island, plus you'll see a huge tapu (sacred) volcanic crater. The best vantage point of NZ's biggest city for sure, and it's close to loads of good bars and pubs for a well-deserved beer after your *ahem* tiring volcano hike.

As I write this, Cathedral Cove is today's Windows 10 background, so it's safe to say that it's worthy of a spot on this list. Found in the middle of the North Island's stunning Coromandel Peninsula, Cathedral Cove might be the most well-known coastal spot in the country - and for good reason. This rocky arch is made for Instagram, and gives budding photographers the chance to play around with lighting, silhouettes and textures, and the golden sand and calm waters make for the perfect beach afternoon. It's a 45-minute walk from the car park but the inevitable photo breaks will make that a little longer. Avoid school holidays, unless you want to be put off having children for the rest of your life. 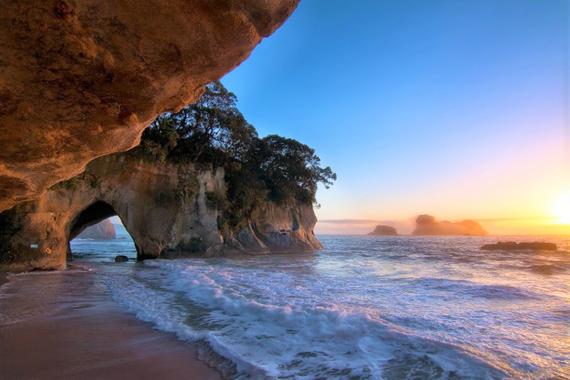 You don't need to go all the way to Iceland to catch a light show in the sky, because New Zealand's very own Aurora Australis, a.k.a. the Southern Lights, can be seen in the lower South Island during certain times of the year. It's not as intense as its northern hemisphere counterpart because NZ isn't right underneath the solar activity in the same way Iceland is, but the purple, pink and green rays of light are still seriously spectacular. March to September is the optimum time but you'll need dark skies, a very clear night and loads of solar activity, so it's hard to predict when and where they'll happen, but Stewart Island, the Catlins and Queenstown have all been lucky viewing spots this past winter. 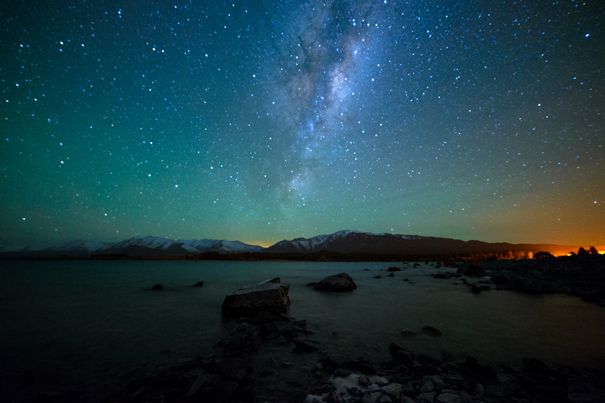 Where to take the best pics in NZ - We a...
5 Reasons to go Road Tripping in NZ
Puzzling World nears milestones
Best Cafes Christchurch